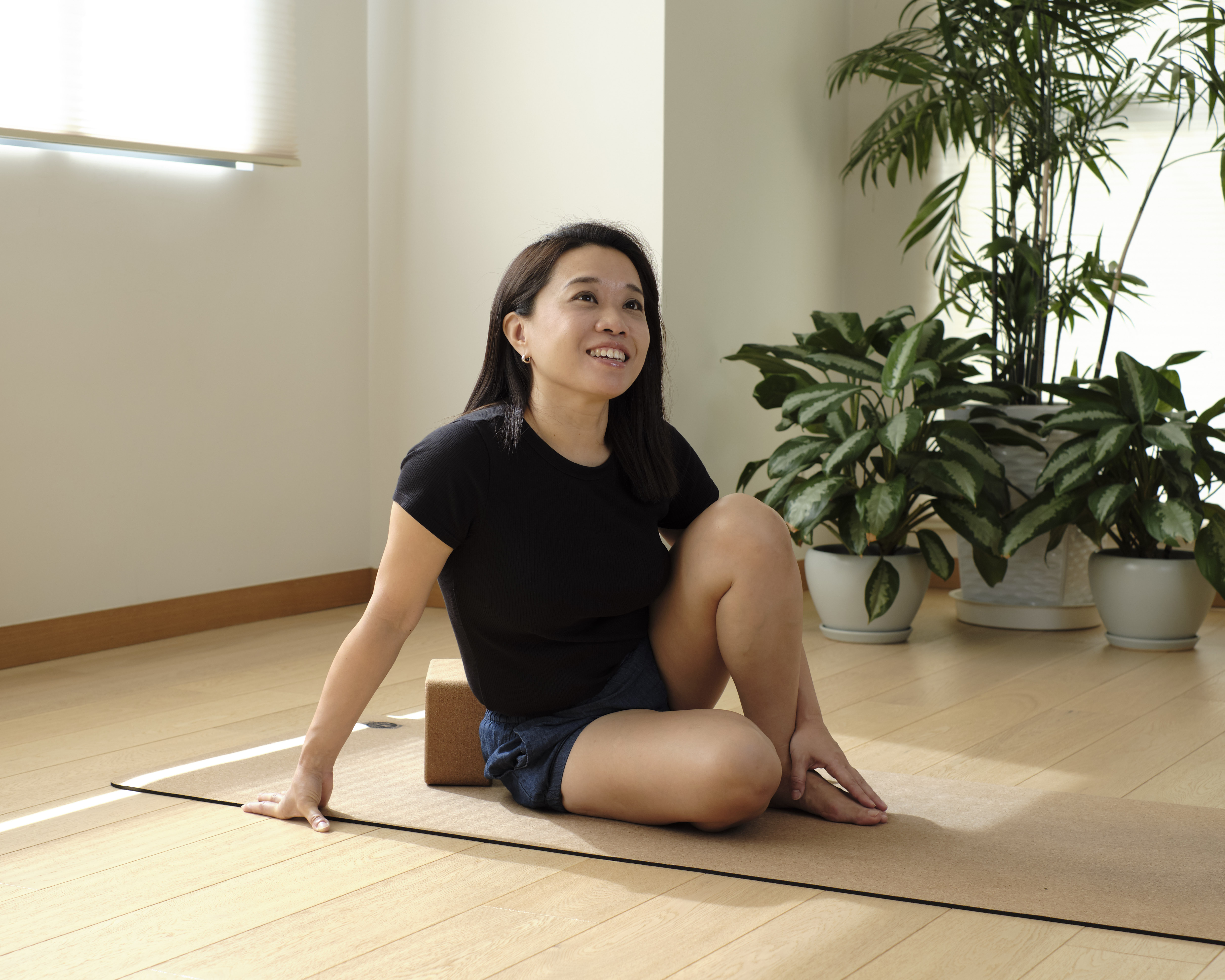 Rhonda Yung started her yoga practice back in 2003 during the SARS period in the fear-filled Hong Kong.  Having the urge to maintain mental and physical wellbeing and stability, she started her first lesson in the International Yoga Institute (IYI) and, subsequently, completed a 200-hour teacher-training programme with Sravaniya DiPecoraro in the Institute in 2004.

With her persistent self-practice and intensive study of the Bhagavad Gita with Sravaniya, Rhonda further pursued her yoga practice and eventually took refuge in the Iyengar Yoga system.  She practised with her first Iyengar yoga teacher Linda Shevloff, and attended immersive workshops by senior teachers including Birjoo Mehta, Father Joe Periera, Sue Scott (now Sue Everett), to name a few.  During her stint in the US from 2015 to 2016 after leaving her corporate communications career in the art world, she immersed herself into practising within the expansive network of Iyengar yoga schools in the region.

In 2017, in order to deepen and discipline her practice on another level, Rhonda embarked on a 3-year Iyengar Yoga teacher-training journey. She believes that progressive, uninterrupted and single-minded practice brings contentment and liberation in life.  She aspires to become a certified Iyengar yoga teacher and share her knowledge inherited from BKS Iyengar to a wider population in Hong Kong in a systematic, joyful and mindful manner.  She continues to study in India with the Iyengar family and teachers such as Jawahar Bangera, Raya Uma Datta and Birjoo Mehta. Rhonda is fluent in Cantonese, English and Mandarin.